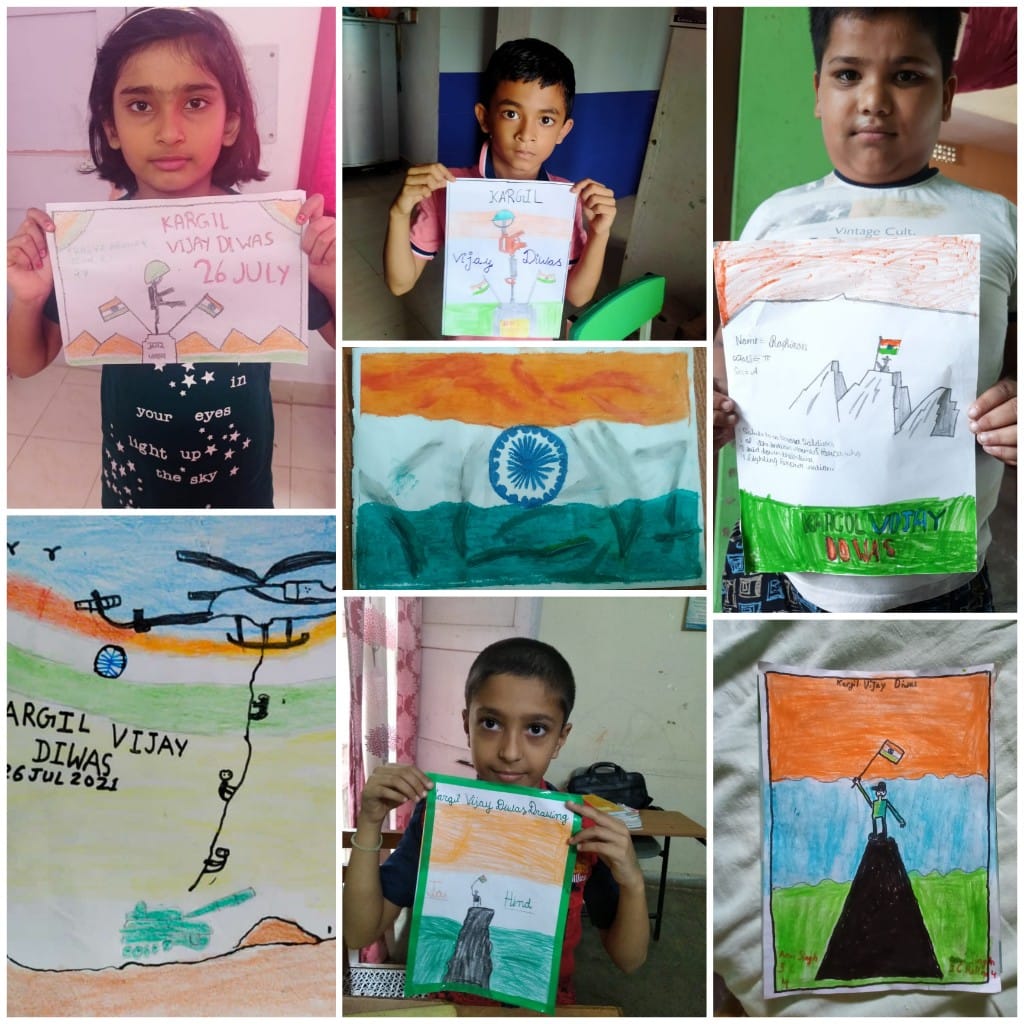 Kargil Vijay Diwas is a memorable day of the indomitable courage of the Indian soldiers. The Kargil war was started on 3rd May 1999 and ened on 26th July 1999 with the victory of India against Pakistan. Around two lakh Indian soldiers had participated in the war and the war had taken the lives of 527 Indian soldiers. Shri Atal  Bihari Vajpayee was the Prime Minister of India during this  war.It  is also known as operation Vijay war. The Prime Minister of India visits Amar Jawan Jyoti in New Delhi and pays homage to the soldiers. The whole country pays tribute to the courage and sacrifices of our soldiers on this day. To commemorate it every year. To pay homage to the martyr’s of  Kargil war, Air  Force School Bhuj has celebrated Kargil Vijay Diwas on 26 July 2021. The video depicting the Kargil war concern was sent to the children of this school which was prepared by teachers of the Air Force school. The students were asked to draw and colour the paintings related to Kargil Vijay Diwas and sent online to school as the school is functioning online due to Covid 19. The response of students was very good and energetic. We will displayed these paintings in our school display boards and also  will  be printed in school magazine. The students who made good paintings were rewarded.