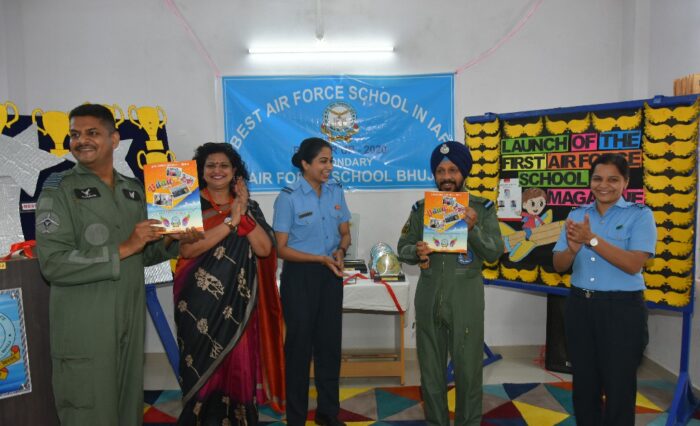 A school magazine is the window to the activities of the school. An inaugural ceremony for the school magazine was held on 16th July 2021 at Air Force School, Bhuj. Mrs Shalini Kaistha Principal of AFS, Bhuj welcomed all the guests. The magazine was inaugurated by Air Cmde Maluk Singh, AOC Air Force Station, Bhuj. The program was followed by enlightening the students with the purpose and importance of school magazine .This magazine would be a platform for them to evolve themselves in various prospects of life. It would encourage not only students but also faculties. It is a platform for every individual present in this institution. The program was further continued by the inauguration of the school magazine ’UDAAN’, by unveiling it. Our guests graced us with their valuable words.