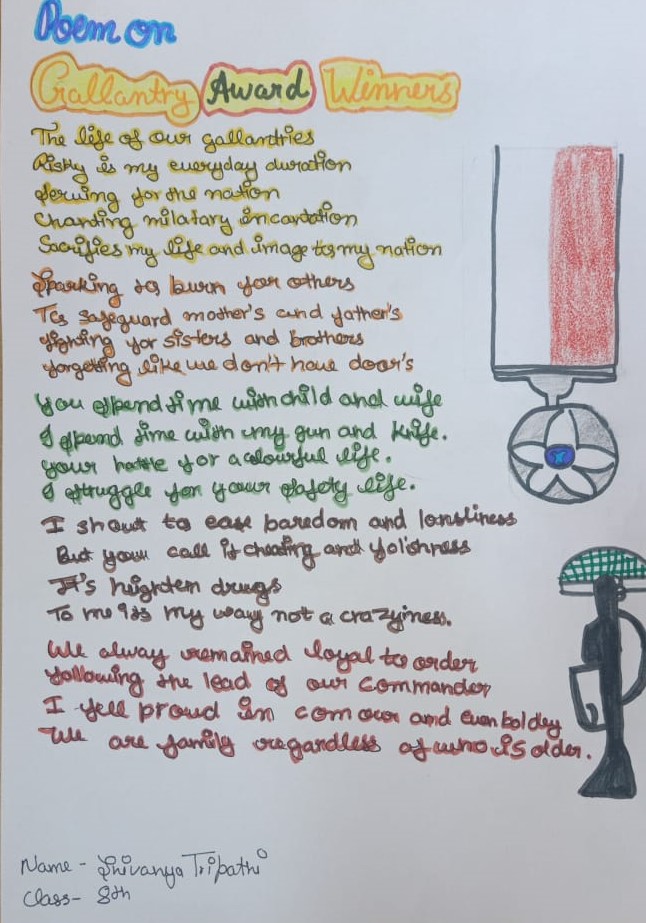 VEER GATHA PROJECT IN THE HONOUR OF GALLANTRY AWARD WINNERS

As we know to honour the acts of bravery and sacrifice of the officers / personnel of the Armed Forces, other lawfully-constituted Forces and Civilians, gallantry awards are announced twice in a year on the occasion of Republic Day and Independence Day.

In order to disseminate the details of acts of bravery and the life stories of these brave hearts among the students, the Ministry of Defence (MoD)  has proposed that school students may be motivated to do projects/activities based on gallantry award winners. Accordingly, the Ministry of Education, Department of School Education & Literacy, has organised the Veer Gatha Project from 21st October to 20th November 2021. The Project was open for all CBSE schools.

In this regard, Air Force School Bhuj has conducted following activities on gallantry award winners.

Students were prior intimated about the activities through the Uolo app. School chose the best entry from each category and uploaded it on CBSE – Veer Gatha Portal at www.cbse.gov.in. 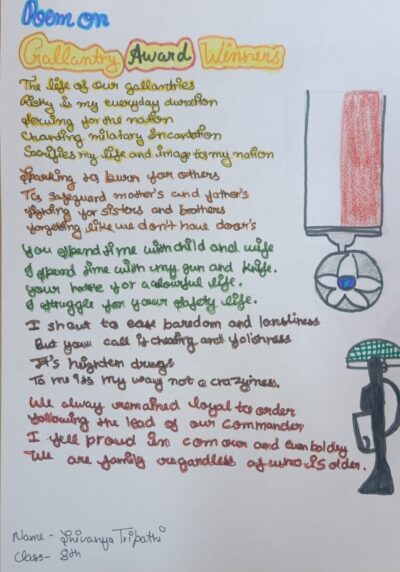 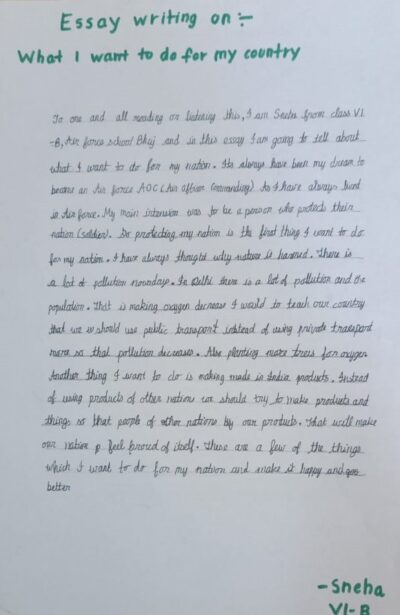